To vote, or not to vote. That is the Question!

Posted on 7th April 2015 by Summerland Leave a comment 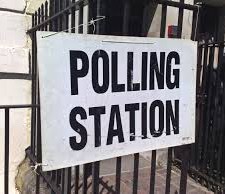 As some of you may have noticed there is an election looming, and all the parties are fighting for our vote. But almost every election the numbers of people not voting is a significant proportion of the electorate, since 2000 its been running at over 30% not bothering to vote. [2]

But do we, as citizens, have a duty, an obligation, to vote? And more particularly does a Pagan have a moral / religious obligation to vote?

I would argue that we do, but to support that view I would like to look at one or two reasons for voting. Firstly within Wicca, and quite a few other Pagan traditions there is the concept of some sort of ‘law of return’. The idea that every decision we make, every action we take has an impact that one way or another will impact back on us. From the ideas around Karma to the rule of 3 in Wicca [3] we see that Pagan traditions support the idea of our actions coming back to us.

END_OF_DOCUMENT_TOKEN_TO_BE_REPLACED

A Pagan’s Thoughts on State Surveillance

Posted on 2nd February 2015 by Summerland Leave a comment 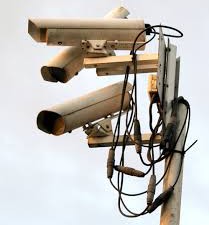 It is being reported in the press that the Government is attempting to re-introduce what has been termed the ‘Snoopers charter. Members of the unelected house of lords have tabled amendments to some existing legislation being considered that would have the effect of forcing companies to record not only when somebody is connected to the internet but the content of their communications.

A lot have been said about the implications for freedom and privacy but I would like to quickly put forward a few thoughts from a Pagan perspective.

END_OF_DOCUMENT_TOKEN_TO_BE_REPLACED

Posted on 19th June 2014 by Summerland Leave a comment

Recent events in Birmingham where State funded, but nominally independent, schools were deemed to have been both teaching, and creating a culture of, Islamic principles. This, the establishment, decided was at best inappropriate and didn’t, in the words of the education Minister, “actively promote British values”, such as democracy, individual liberty, mutual respect and tolerance of those with different faiths.
Who could argue with such thoughts? But before we all nod in agreement, congratulate the authorities for their response and go back to watching daytime TV perhaps we should look a little closer at what has been said and done.
Firstly as Pagans we might want to be a little cautious in accepting the current governments, dominated by the Conservative party, view as to what exactly constitutes “British Values”. The Prime Minister, David Cameron, for example has confirmed his view that the UK is a ‘Christian country’ and calls for a return to “Christian Values” Do we, as Pagans, really want a nation ruled by the principles of another religion enforcing its moral values on all? Values that may well be at odds with those of our own faith?
The history of Government ministers calling for a “return” to “traditional values” is full of examples of Ministers using it as code for repressive legislation or the rolling back of the welfare state. These ‘Values’ almost always really mean “Things I approve of”.

So before we congratulate Mr Gove we perhaps need to consider whether or not he, and others in power, “Approve” of Pagan beliefs and practices, or are we to be next on the hit list of things that do not accord with his view of “British Values”?