Posted on 22nd May 2019 by Summerland Leave a comment 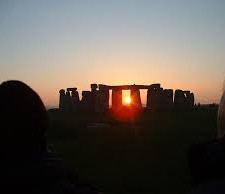 Pagans of course see Midsummer as the time when we are expecting the harvest, the time of abundance and reward for the hard work put in throughout the year. Indeed in Wiccan traditions the summer solstice is a time to celebrate the joining of the God and the Goddess and see their union and the force that drives, creates, the harvest fruits.

END_OF_DOCUMENT_TOKEN_TO_BE_REPLACED

Posted on 1st January 2015 by Summerland Leave a comment 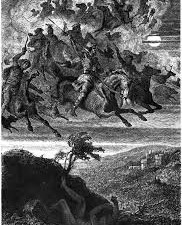 The Wild Hunt was a folk myth prevalent in former times across Germany and Britain. The introduction of Christianity also brought this folk myth to Scandinavia. The fundamental premise in all instances is the same: a phantasmal group of huntsmen with the accoutrements of hunting, horses, hounds, etc., in mad pursuit across the skies or along the ground, or just above it. The hunters may be the dead, or the fairies (often in folklore connected with the dead).

END_OF_DOCUMENT_TOKEN_TO_BE_REPLACED

Posted on 22nd December 2014 by Summerland Leave a comment

Why December the 25th?

The main problem in trying to establish the date of Christ’s birth is that there simply isn’t any real evidence to go on. The gospels don’t provide any dating evidence apart from the reported roman census and an astronomical phenomena, the star, to go on. Nowhere in the gospels is the date of conception or birth actually mentioned. Unfortunately there seems to be no records of any census undertaken in that period, strange as the Romans were methodical record keepers, and research has shown no contemporary records of any astronomical event sufficient to pinpoint a date to more than a few years accuracy let alone an actual day.

This wasn’t a problem for the early church as birthdays were not seen as something to actually celebrate so the only interest in establishing the date was purely theological. The main problem is that despite the hard work of the theologians, they generally met with a stunning lack of success in actually agreeing on a date.

END_OF_DOCUMENT_TOKEN_TO_BE_REPLACED

Posted on 11th October 2014 by Summerland Leave a comment 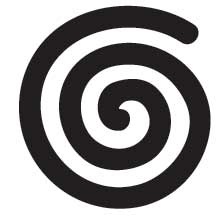 The spiral has fascinated and intrigued people for centuries. It is common in both Christian and pre Christian art and has been taken up by the modern Neo-pagan community. But its earliest expression is that found on Neolithic passage tombs, such as New Grange or on rock cut inscriptions all dating from the stone age.

What exactly the spiral, in all its many forms, meant to the pre-Christian peoples is however, like so much, unknown. Primarily, the spiral is typical of funerary symbolism common in Irish tombs as well as those of other megalithic cultures. Historically, spirals in both Megalithic and Neolithic art were closely akin with spiritual issues of the cycle of death and rebirth.

The serpent, important iconographically.to both manifestations of Brigid, is often used as a metaphor for infinity, in a sense, by the sloughing off of it’s skin it is continually dying and being reborn (Purce, 101) and it is this interpretation of the spiral, being a symbolic representation of a symbol, the snake or serpent, that I find rather interesting. We have, if this interpretation is correct, a double abstraction of a fundamental principle, birth and death, the never ending cycle.
END_OF_DOCUMENT_TOKEN_TO_BE_REPLACED

Posted on 24th September 2014 by Summerland Leave a comment 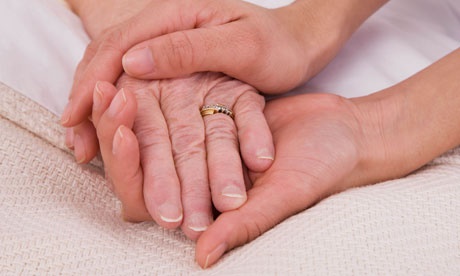 Nobody likes talking about death, it’s one of the last taboos but there comes a time when we need to talk about death and dying either to a family member or to ourselves, after being told we only have so much time left!

This was brought home to me recently on a personal level, suddenly needing to think about death in a personal rather than abstract way and finding that being Pagan made the coming to terms with and talking about End of Life even more difficult.
In our, at least nominally, Christian society there are quite a few concepts and words to express thoughts, ideas and concepts in the task of helping others, or yourself, to come to terms with the idea of dying and what, if anything, comes after. The thought of a ‘loving’ God that even in this time of struggle is working out his plan and caring for you, the thought of an afterlife in heaven, possibly reunited with others or simply comforting words from the Bible, or holy book of your choice if you are not Christian.
END_OF_DOCUMENT_TOKEN_TO_BE_REPLACED

Posted on 19th June 2014 by Summerland Leave a comment

Recent events in Birmingham where State funded, but nominally independent, schools were deemed to have been both teaching, and creating a culture of, Islamic principles. This, the establishment, decided was at best inappropriate and didn’t, in the words of the education Minister, “actively promote British values”, such as democracy, individual liberty, mutual respect and tolerance of those with different faiths.
Who could argue with such thoughts? But before we all nod in agreement, congratulate the authorities for their response and go back to watching daytime TV perhaps we should look a little closer at what has been said and done.
Firstly as Pagans we might want to be a little cautious in accepting the current governments, dominated by the Conservative party, view as to what exactly constitutes “British Values”. The Prime Minister, David Cameron, for example has confirmed his view that the UK is a ‘Christian country’ and calls for a return to “Christian Values” Do we, as Pagans, really want a nation ruled by the principles of another religion enforcing its moral values on all? Values that may well be at odds with those of our own faith?
The history of Government ministers calling for a “return” to “traditional values” is full of examples of Ministers using it as code for repressive legislation or the rolling back of the welfare state. These ‘Values’ almost always really mean “Things I approve of”.

So before we congratulate Mr Gove we perhaps need to consider whether or not he, and others in power, “Approve” of Pagan beliefs and practices, or are we to be next on the hit list of things that do not accord with his view of “British Values”?

Living with the Enemy

Posted on 8th June 2014 by Summerland Leave a comment

Are you a real Pagan? I mean are you the sort of Pagan that stands
up for his or her rights to practice your religion? Do you insist
that if the Christians can wear their crosses you are going to wear
your pentacle or Thor’s hammer? Do you demand the right to hold
rituals in your garden? Or have a sacred space in the house? Are
your magic books on display and do you work magic?

Do you have a partner who is a Christian or Muslim or a member of
one of the other rather exclusive faiths?

You do? Oh dear! You are in for a rather bad time!
END_OF_DOCUMENT_TOKEN_TO_BE_REPLACED